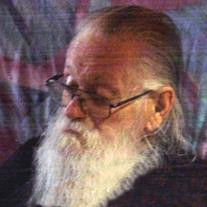 Neil Coyle, age 79, of Coon Rapids, formerly of Milroy, Minnesota, died on Saturday, February 17, 2018, at his home in Coon Rapids. Funeral Services are 2:00 p.m. Saturday, February 24, 2018, at Our Savior’s Lutheran Church in Milroy. Interment will be at a later date in Our Savior’s Lutheran Cemetery, Milroy. Visitation will be held one hour prior to the services, from 1:00 – 2:00 p.m. on Saturday at the church in Milroy. Neil Virgil Coyle was born on June 12, 1938. He was raised the son of Virgil and Elfa (Zirzow) Coyle. Neil was baptized as an infant and confirmed in his youth at First Lutheran Church in Marshall. He attended Marshall schools through high school and went to work several jobs including construction and metal fabrication. On October 21, 1961, Neil was united in marriage to Karen Thomasson at First Lutheran Church in Marshall. The couple lived in Marshall, Richfield, and Mound Minnesota before going to Florida. The couple lived in Pompano Beach and Wilton Manors before moving back to Milroy, Minnesota. Neil and Karen shared over 45 years of marriage and had a daughter, Rita. Neil worked many years painting houses in the area. He was a proud member of the Sons of Silence Motorcycle Club. Neil was quite outspoken and a fighter, he lived life to the fullest and never let pass an opportunity to flirt with a beautiful woman. His enjoyments in life included fishing, hunting, gardening, snowmobiling, boating, and reading. He loved antiques, and even owned a shop in Redwood Falls and Marshall for a time. He was very tuned into nature and wild animals. But his passion was riding his bike on the open road. Neil is survived by his daughter, Rita (and Bruce) Hay of Coon Rapids; 3 grandchildren, Kendall (and Sonya) Hay of Anoka, Katrina (and Rob) Donarski of Anoka, Cassandra Hay (Guy Grove) of Blaine; 3 great-grandchildren, Brandon Donarski, Justin Donarski, Olivia Hay; 4 siblings, Jeff Roundsville, Jerome Roundsville, Judy Roundsville, Luanne Roundsville; nieces and nephews, other relatives and friends. He was preceded in death by his biological father and mother, Louise Francisco; adoptive parents, Virgil and Elfa Coyle; wife, Karen Coyle; and 5 siblings, Pat, Jimmy, Sharon, Jack, and Jan Roundsville.

The family of Neil Virgil Coyle created this Life Tributes page to make it easy to share your memories.

Send flowers to the Coyle family.