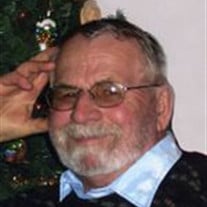 Norman P. Perschke, age 72, of Marshall, passed away at the Pipestone County Center Medical Center. Funeral services will be 11:00 A.M. Friday, August 15, 2008 at the Hamilton Funeral Home. Visitation will be 6:00 P.M. to 8:00 P.M. with a prayer service at 7:30 P.M. on Thursday and will continue Friday from 10:00 A.M. until the time of the service at the funeral home. Norman Paul Perschke was born to August and Helen (Hempel) Perschke on April 6, 1936 in Mandan, ND. He was baptized and confirmed at St. Paul’s Lutheran Church in Center, ND. In 1953 he graduated from Lincoln High School in Center. He went on to teacher’s training and taught country school near Center for a year. On April 17, 1956, Norman was united in marriage to Wilhelmina (Minnie) Mosbrucker in Center, ND. Norman worked at the Mandan Creamery until 1957. He then started to work for General Trading Company, and in 1960 he was transferred to Marshall. General Trading became Carquest Auto Parts Store. In 1976, Norman purchased Carquest and was active in the business until the time of his death. Norman passed away at the Pipestone County Medical Center on Monday, August 11, 2008. He had reached the age of 72 years, 4 months and 6 days. He is survived by his wife, Minnie of Marshall; two children, Jeffery (Mary) Perschke of Marshall and Jennifer (Dale) Mathews of Pipestone; five grandchildren, Gustavo (Kari) Condezo, Dominic Condezo, Paul (Toni) Mathews, Lynn (Edison) Dengler, and Erin (Kris) Mastbergen three great grandchildren, Tate and Alana Condezo, and Kaden Mastbergen; a sister, Joyce Fetch of Mandan, ND; also many other relatives and friends. He was preceded in death by his parents, brother Jack, and brother-in-law Steve Fetch. Norman’s enjoyments in life were NASCAR racing, collecting antiques (especially adverting glass), spending time at their lake cabin on Red Rock Lake (near Alexandria), traveling, ice fishing, feeding birds, visiting with customers, playing practical jokes, and telling stories. Norm's greatest enjoyment was spending time with his grandchildren and great-grandchildren. Norman was a member of St. Stephen Lutheran Church, a Charter member of the Marshall Eagles’ Club, and a Charter member of Beer Can Collectors of America at the time of his death. Blessed Be The Memory of Norman Perschke.

Norman P. Perschke, age 72, of Marshall, passed away at the Pipestone County Center Medical Center. Funeral services will be 11:00 A.M. Friday, August 15, 2008 at the Hamilton Funeral Home. Visitation will be 6:00 P.M. to 8:00 P.M. with a prayer... View Obituary & Service Information

The family of Norman Paul Perschke created this Life Tributes page to make it easy to share your memories.

Norman P. Perschke, age 72, of Marshall, passed away at the Pipestone...

Send flowers to the Perschke family.