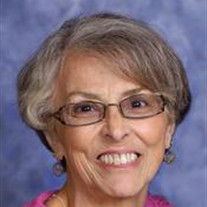 Cottonwood: Patricia M. Javens, age 72, of Cottonwood, passed away at Oaklawn Health Care Center in Mankato on Sunday, December 4, 2011. Mass of Christian Burial will be 10:30 A.M. Thursday, December 8, 2011 at St. Mary’s Catholic Church in Cottonwood. Burial will be in the Cottonwood City Cemetery. Visitation will be 4:00 P.M. to 8:00 P.M. Wednesday at the Hamilton Funeral Home and continue at the church on Thursday, one hour prior to the mass. Patricia “Pat” Margaret was born on September 3, 1939 in Madison, Minnesota to parents Manfred and Frances (Maher) Ehlenz. She was baptized, received First Communion and confirmed at St. Michael’s Catholic Church in Madison. She graduated from the Madison High School in 1957. She worked in dentist offices in Madison and Mankato. On February 8, 1964, Pat was united in marriage to Robert “Bob” Javens in Mankato. She worked at a dentist office in Marshall, went on to work at the Lyon County Courthouse in the Auditor’s office. She then worked at Huso’s Market in Cottonwood and then North Star Insurance, retiring in 2001. She is survived by her husband, Bob of Cottonwood; two sons, Todd (Lynn) of North Mankato and Travis (Emily) of Mankato; three grandchildren, Landon, Eaden and Kendra Javens; four siblings, Jim Ehlenz of Dawson, Kay (and Don) James of Park Rapids, Sue Ehlenz and Bob (and Lolly) Ehlenz of Madison; also many other relatives and friends. She was preceded in death by her parents; son, Troy; niece, Colbey Ehlenz; and nephew, Peter Ehlenz. The love of her life was spending time with her family, especially her grandchildren. Her other enjoyments were making greeting cards, doing ceramics, sewing (clothing and needle point) and baking. Pat was a faithful member of St. Mary’s Catholic Church, the CCW and was a CCD teacher. Blessed be her memory.

The family of Patricia Javens created this Life Tributes page to make it easy to share your memories.

Send flowers to the Javens family.