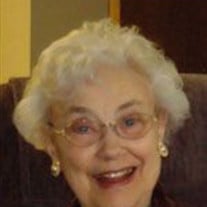 Marshall: Phyllis E. Ricke, age 80, of Cottonwood, passed away Monday March 15, 2010 at Avera Marshall Regional Medical Center. Mass of Christian Burial will be 11:00 A.M. Saturday March 20, 2010 at St. Mary’s Catholic Church in Cottonwood with the burial at the church cemetery. Visitation will be 4:00-8:00 P.M. Friday with a Rosary at 4:30 P.M. and Prayer Service at 7:00 P.M. at Hamilton Funeral Home. Visitation will continue at the church on Saturday, one hour prior to the service. Phyllis Evelyn was born to Holger Olin and Daphine Naomi (Simning) Peterson on October 23, 1929 in Foreston. She graduated from Sleepy Eye High School in 1947. From 1947 to 1949 she worked as a file clerk for Brown & Bigelow in St. Paul. She was baptized and confirmed into the Catholic faith. On June, 19, 1949 she was united in marriage to Bernard “Ben” Joseph Ricke at St. Paul’s Cathedral in St. Paul. From 1949 to 1969, the couple farmed in Franklin. They moved to Cottonwood and she worked at a café in Marshall. She became a school cook in Cottonwood in 1973 until retiring in 1996. Ben passed away on March 24, 1990. She moved to an apartment in Cottonwood in 2003. In 2006, she had a stroke and entered the Minneota Manor and later Morningside Heights. Phyllis passed away Monday, March 15, 2010 at Avera Marshall Regional Medical Center. She had reached the age of 80 years, 4 months and 23 days. She is survived by six children, Barb Ricke, of Plymouth, Linda (Jack) Mead, of Cottonwood, Robert (Donna) of Wood Lake, MaryAnn (David) Schultz, of Cottonwood, Janet (Jim) Grant, of Eugene, OR and Lois (Tony) Johnson, of Cottonwood; sixteen grandchildren, Todd, Chad, Tanya, Brandon, Alissa, Brian, Carmen, Jeremy, Kassi, Natasha, Erik, Alexis, Autumn, Samantha, Catie and Amie; eight great-grandchildren; two sisters, Dolores Friton, of Sleepy Eye and Arlene (Roy) Dunn of Cottage Grove; and many other relatives and friends. She was preceded in death by her parents, husband and son, Steven. Phyllis’ enjoyments in life included volunteering for Western Community Action, Senior Dining, gardening, playing cards and bingo and spending time with her grandkids. She was an active member of St. Mary’s Catholic Church, involved in CCW, taught CCD and was awarded the Bishop’s Medal. Blessed be the memory of Phyllis Ricke.

The family of Phyllis Evelyn Ricke created this Life Tributes page to make it easy to share your memories.

Send flowers to the Ricke family.