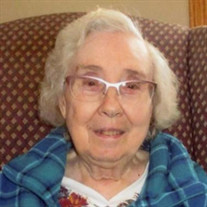 Rachel Pegel, age 90, of Marshall, Minnesota, reached her final rest peacefully on Sunday, April 10, 2022, at Prairie Home Fieldcrest Hospice in Cottonwood, Minnesota. Memorial Services are 4:00 p.m. Friday, April 22, 2022, at the Hamilton Funeral Home in Marshall. Visitation will be held from 2:00 – 4:00 p.m. Friday, April 22, 2022, also at the Hamilton Funeral Home. Rachel Mae Amundson was born on February 2, 1932, in Tucson, Arizona. She was the daughter of Adolph and Amy (Johnson) Amundson. She was baptized at the age of 11 into the Seventh Day Adventist Church. During her childhood, Rachel moved around to many states due to her father’s teaching career. In 1951, Rachel graduated as Valedictorian from Highland Academy in Tennessee. She went on to further her education at the Southern Missionary College in Tennessee. Starting in the fall of 1954, Rachel began her teaching career in Tennessee. Throughout the next five years, Rachel held numerous teaching jobs in the Tennessee and Alabama states. In the summer of 1959, Rachel made a trip to Minnesota where she met Dale Pegel. On June 19, 1960, Rachel was united in marriage to Dale Pegel in Mankato. She accepted Dale’s 3 children with open arm: Gaylan, Janice, and Verna. The family lived in Brainerd for a short period of time before moving to Marshall in 1961, where they made their home for many years. The family grew four times through the adoption of the couple’s youngest four kids, Polly, Jasper, Sidney, and Amy. Rachel was a dedicated wife, mother, homemaker, and teacher who cared deeply for her husband and children. Rachel was truly devoted to her religion and had a close, personal relationship with God. She was active in her church and served many roles throughout the years. She was a quiet and simple woman who never asked for much. She worked hard and enjoyed the simple things in life. Rachel was very talented and organized. She enjoyed many outside activities such as, bird watching, hiking, gardening, and identifying flowers. Rachel also had a passion for journaling, reading, sewing, cross-stitching, completing puzzles, coloring, and canning. She was known to have a peaceful heart and joyful demeanor. Prayer was a huge part of Rachel’s life. She will be missed by many. Rachel moved into Fieldcrest Assisted Living in July of 2018. Where she was able to spend a few months alongside her lifelong best friend, Dorothy Minnick. Rachel always felt that Fieldcrest was her home, and the staff quickly became family to her. The family would like the send a heartfelt thank you to the staff for treating their mother “like a queen.” Rachel Pegel died on Sunday, April 10, 2022, at Prairie Home Fieldcrest Hospice in Cottonwood, Minnesota. She had reached the age of 90 years, 2 months, and 8 days. Blessed be her memory. Rachel is survived by 4 children, Polly (And Tim) Kerkvliet of Hutchinson, Jasper Pegel of Marshall, Sid Pegel of Fargo, ND, Amy Pegel of Slayton; 2 stepchildren, Janice (and Tom) Borden of Merrifield, Verna (and Bill) Mitchel of Hutchinson; numerous grandchildren and great-grandchildren; brother, Allen Amundson of St. Michael; nieces, nephews, cousins, other relatives, and many friends. Rachel was preceded in death by her parents, Adolph and Amy Amundson; husband, Dale Pegel; her sister, Melva Jean Simpson and her stepson, Gaylan Pegel Sr.

The family of Rachel Mae Pegel created this Life Tributes page to make it easy to share your memories.

Send flowers to the Pegel family.