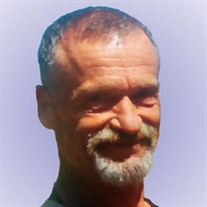 Ray Ausen, age 64, of Marshall, Minnesota, died suddenly on Sunday, August 1, 2021, at his residence in Marshall. A Memorial Visitation will be held on Thursday, August 12, 2021, from 11:00 a.m. – 2:00 p.m. at the Hamilton Funeral Home in Marshall. The visitation will conclude with a Prayer Service and Sharing of Memories at 1:30 p.m., also at the Hamilton Funeral Home. In lieu of flowers, memorial donations can be made out to the family for use at a future designation. Ray Stanley Ausen was born on October 2, 1956, in Marshall, Minnesota. He was the son of Layton and Audrey (Johnson) Ausen. Ray attended Marshall High School and graduated with the class of 1975. Ray started working in construction after high school. He Worked on his own around the Marshall area. Ray moved down to Colorado Springs, Colorado for a few years before moving back to Marshall. The light of Ray’s life was his daughter, McKensey. Every day, without fail, he would check up on her. The best time of his life was when he was spending time with her, regardless of what they would do. Ray also enjoyed working on cars, and wood working. Ray Stanley Ausen died suddenly on Sunday, August 1, 2021, at his residence in Marshall. He reached the age of 64 years, 9 months, and 30 days. Blessed be his memory. Ray is survived by his son, Cody Ausen; daughter, McKensey Ausen; mother, Audrey Ausen; siblings, Owen (Jane) Ausen, Jerry Ausen, Dale (Michele) Ausen, Sally (Gary) Copperud; his daughter’s mother, Denise Heise; nieces, nephews, other relatives, and many friends. Ray is preceded in death by his father, Layton; and two sisters, Jane Reinke and Mary Vandeputte.

The family of Ray Stanley Ausen created this Life Tributes page to make it easy to share your memories.

Send flowers to the Ausen family.