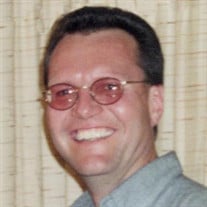 A private family graveside service for Richard “Rick” Gillund, 59, of Cedar Rapids, Iowa, formerly of Minneota, MN, will be held at 11:00 a.m. on Friday, December 11, 2020, at the Lynd City Cemetery. Rick passed away unexpectedly on Sunday, November 22, 2020, in Cedar Rapids, Iowa. Richard Dean Gillund was born November 20, 1961, in Marshall to Edgar and Frances (Kor) Gillund. He grew up in Minneota and graduated from Minneota High School in 1980. He served in the U.S. Army from 1983 to 1989 and spent most of that time stationed in Germany. After his years in the Army, he worked in construction, sales, and various other occupations. Rick is survived by his siblings, Daryl (Julie) Gillund of Alexandria, Jeffrey (Meri Jo) Gillund of Maynard and Valerie (Ronald) Vlaminck of Taunton; nieces and nephews, Megan Hardesty of Richfield, Natalie (Forest) Becker of Minneapolis, Samuel Gillund of Minneapolis, Jeremy Knutson of Aberdeen, SD, Stephanie (John) Koons of Taunton, Keith Vlaminck of Taunton and Erika (Thomas) MacArthur of Taunton; great nieces and nephews, Nora Finley, Tate and Blake Koons, and Lily, Liam and Lincoln MacArthur; uncles and aunt, Don Kor and Howard (Donna) Kor; and many relatives and friends. He is preceded in death by his parents, Edgar and Frances Gillund; sister, Melinda McDowell; and numerous aunts, uncles and other relatives.

The family of Richard "Rick" Gillund created this Life Tributes page to make it easy to share your memories.

Send flowers to the Gillund family.