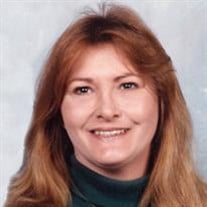 Rita Paul, age 68, of St. James, Minnesota, died on Thursday, September 19, 2019, at the Mayo Clinic Health System Hospital in Mankato, Minnesota. Memorial Services are 2:00 p.m. Monday, September 30, 2019, at the Hamilton Funeral Home in Marshall, Minnesota. A reception will follow. Visitation will be held one hour prior to the service, from 1:00 – 2:00 p.m. on Monday, at the Hamilton Funeral Home. Rita Irene Swanson was born on August 10, 1951, to Enoch and Donna (Christensen) Swanson in Tyler, Minnesota. She was baptized and confirmed at the Balaton United Methodist Church in Balaton, Minnesota, and attended school in Balaton as well. On July 13, 1968, Rita was united in marriage to David Paul at the Balaton United Methodist Church and they made their home in Fargo, North Dakota, while David was in college. When he was drafted in 1971, Rita decided that keeping the family together was priority, so she (while pregnant) took her toddler to Germany to be with her husband. Upon returning home, with 2 young children, Rita and family lived outside Tyler as she cared for her family. They soon moved to Jackson, Minnesota, where Rita began her career in food service at the Red Owl grocery store. Soon thereafter the family moved to Grundy Center, Iowa, where Rita started as a cook at the local nursing home. In 1986, David, Rita, and the girls moved to Orlando, Florida where they spent the next 20 years. Rita started cooking for, and then managed, the Meals-On-Wheels Program while also serving as supervisor of food service at a nursing home. She retired in 1992. The family moved back to Minnesota in 2006, settling in St. James. Rita loved spending time in her gardens and was always keeping up on the yardwork. She had a Koi pond and enjoyed the various species of birds she would attract to her backyard. She was witty, had a great “one-line” sense of humor, and was very creative – often painting, making furniture, and working with wood. She was a loving mother who also cared for animals and nature around her. Rita Paul died on September 19, 2019, in Mankato, Minnesota. She reached the age of 68 years, 1 month, and 9 days. Blessed be her memory. She is survived by her husband of 51 years, David Paul of St. James; daughters, Stacey (and John) Barabe of wherever the RV lands, Heather Michaud of Orlando, FL; siblings, Laura (and Jim) Allen of Vining, Elaine (and Peter) Hanson of Vining, Wanda (and John) Scharfe of Carson, WA; nieces, nephew, other relatives, and friends. Preceding her in death are parents, Enoch and Donna Swanson, and brother, Ron Swanson.

The family of Rita Irene Paul created this Life Tributes page to make it easy to share your memories.

Send flowers to the Paul family.