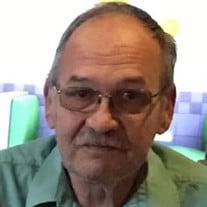 Robert Hansonl, age 63, of Marshall, Minnesota, died with family by his side on Saturday, October 5, 2019, at his home in Marshall, Minnesota. He reached the age of 63 years, 2 months, and 9 days. Blessed be his memory. Private Family Services will be held at a later date. Robert William was born July 26, 1956, to Robert Sundstrom and Lila Baney in Great Falls, Montana. He was later adopted by his stepfather, Max Hansonl. He grew up with Max and Lila in Sidney, Montana and attended school there as well. He went on to college in Havre, Montana. On November 12, 1977, Bob was united in marriage to Ronna Steyer at the Assembly of God Church in Bowman, North Dakota. The couple moved around, living in Sidney, Montana, Havre, Montana, Williston, North Dakota where Bob began working as an engineer on the oil fields, Minot, North Dakota, where he got into the communications engineering, Omaha, Nebraska, Kearney, Nebraska, and finally they settled in Marshall, Minnesota, in 1999. Bob spent the next 20 years in telecommunications engineering, most recently with Vast in Marshall. Bob earned his Eagle Scout Badge in his youth and then continued to volunteer with the Boys Scouts into college. He loved his work and spent a lot of spare time playing computer games, especially poker. He also cared for 3 mini horses and often could be found working on cars. He is survived by his wife of 42 years, Ronna Hansonl of Marshall; children, Jessica (and Terry) Schulte of Marshall, Crystal Johnson of Wood Lake, Mike Robinson of Wood Lake; 2 grandchildren, Wyatt Hansonl, Anastasia Schulte; sister, Brenda Frederick of Sidney, MT; nieces, nephews, other relatives and friends. Bob was preceded in death by his parents, Max & Lila Hansonl, and father, Robert Sundstrom.

Robert Hansonl, age 63, of Marshall, Minnesota, died with family by his side on Saturday, October 5, 2019, at his home in Marshall, Minnesota. He reached the age of 63 years, 2 months, and 9 days. Blessed be his memory. Private Family Services... View Obituary & Service Information

The family of Robert William Hansonl created this Life Tributes page to make it easy to share your memories.

Send flowers to the Hansonl family.