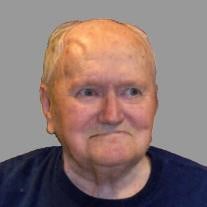 Robert Shaw, age 79, of Marshall, Minnesota, died on Friday, July 5, 2019, at the Avera Morningside Heights Care Center in Marshall, Minnesota. Memorial Gathering of Family and Friends will be held from 2:00 – 4:00 p.m. Thursday, July 11, 2019, at the Hamilton Funeral Home in Marshall, Minnesota. A Prayer Service is scheduled for 3:30 p.m. Robert Lee Shaw was born July 9, 1939, to LeRoy and Hazel (Severson) Shaw in Murray County, Minnesota. He grew up attending school in Westbrook and Tracy, graduating from Tracy High School. Bob went on to work for Culligan. At age 29, Bob moved to Mesa and then Gilbert, Arizona, where he worked as a carpenter building homes and was a skilled and entertaining bartender. Bob was baptized in Mesa as an adult and on November 20, 1971, he was united in marriage to Lois (Sandholm) Johnson. The couple made their home in Arizona until they moved back to Marshall in 2009. As Bob needed more assistance with his daily care, he moved into the Tracy Nursing Home in 2010 and then Morningside Heights Care Center in Marshall in 2014. Bob was a member Army National Guard in Minnesota and the Elks Lodge in Arizona. He also enjoyed years of hunting deer and was an accomplished trap shooter. Bob was a jokester, witty and intelligent, he was known for his strong personality. He loved music, traveling with Lois to see many shows, and truly enjoyed just being with those he loved and watching his family grow. Robert is survived by his loving wife, Lois Shaw of Marshall; 3 sons, Scott (and Diana) Shaw of Scottsdale, AZ, Sheldon (and Tamara) Shaw of Phoenix, AZ, Stewart (and Elizabeth) Shaw of Prescott Valley, AZ; 4 step-children, Kimberly Isaacson of Scottsdale, AZ, Scott Johnson of Mesa, AZ, Kevin Johnson of Mesa, AZ, Derek Johnson of Mesa, AZ; 3 grandchildren; 6 step-grandchildren; 5 step-great-grandchildren; siblings, Curtis (and Delores) Shaw of Walnut Grove, Lee Shaw of Marshall, Linda Shaw of Tracy; and many other relatives and friends. Bob was preceded in death by his parents, LeRoy and Hazel Shaw; brothers, Clinton Shaw and Kenneth Shaw. In lieu of flowers, memorials are preferred to St. Jude’s Children’s Hospital or the Ronald McDonald House.

The family of Robert Lee Shaw created this Life Tributes page to make it easy to share your memories.

Send flowers to the Shaw family.