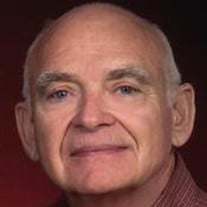 Marshall: Rolland “Rollie” Dale, age 71, of Marshall, passed away at the Sanford Medical Center in Sioux Falls on Wednesday, September 25, 2013. Funeral services will be 10:30 A.M. Monday, September 30th at Christ Evangelical Lutheran Church. Visitation will be 4:00 P.M. to 8:00 P.M. with a 7:00 P.M. prayer service Sunday at Hamilton Funeral Home and continue at the church on Monday, one hour prior to the service. Burial will be in the Marshall Cemetery. Condolences may be given to www.hamiltonfh.com. Rolland Alfred was born on March 19, 1942 in Tracy, Minnesota to parents Alfred and June (Fligge) Dale. He was baptized at Albright United Methodist Church and confirmed at Christ Evangelical Lutheran Church. He attended rural school near his parents homestead and graduated from Marshall High School in 1960. He worked for Dale Schroeder before entering the United States Air Force in 1963 and while being stationed in Florida, Rollie was united in marriage to Janet Pochardt on May 7, 1966 at Zion Evangelical Lutheran Church in Island Lake Township. To this union five children were born, namely, Thomas, Jason, Randy, Jeffrey and Stacey. He was honorably discharge in 1967. Following his discharge, Rollie and Janet farmed near Cottonwood and then moved to a farm near Ghent. He started working at Schwans in 1981 and he and his family moved to Marshall in 1987. He retired in 2008. The love of his life was his family helping them, especially his grandchildren. His enjoyments included gardening (green thumb) fishing, hunting (taught gun training) camping, traveling with the Red Baron Squadron, dealing, selling sweet corn, and dealing with Cargill and Pure Plant Food. He is survived by his wife, Janet of Marshall: four children, Thomas of Sauk Center, Jason (Stacy) of Sartell, Randy of Clear Lake, MN and Stacey (Judd) Nordin of Princeton; ten grandchildren, Krista (fiance’ Ben Wuebkers) Kendra, Michael, Matthew, Mitchell, Christopher and Rachel Dale, Brandon, Gavin and Gracelynn Nordin; eight siblings, Roger (Joann) of Hanley Falls, Carolyn (Jim) Harwood of Roswell, GA, Helen (Bill) Meyenburg of Sheldon, WA, Mary DeAustin of Marshall, Peggy (Gene) Dixson of Bloomington, Allen (Cathy) of Marshall, Albert (Karen) of Coyle, OK; Irene Dale of New Hope; mother-in-law, Viola Pochardt; sister-in-law, Doris Pochart and also many nieces and nephews. He was preceded in death by his parents, Alfred and June; son, Jeffrey; brother-in-law, Larry DeAustin; father-in-law, Walter Pochardt; brother-in-law, Dale Pochardt; one niece and two infant great nephews. Rollie was a faithful member of Christ Evangelical Lutheran Church where he was a member of the church council and maintenance committee. He also donated his time, talents and equipment to better Samuel Lutheran School. Bless be the memory of Rolland A. Dale

The family of Rolland "Rollie" Dale created this Life Tributes page to make it easy to share your memories.

Send flowers to the Dale family.