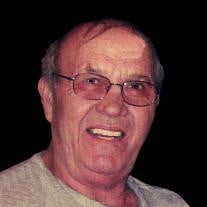 Ronald Driessen, age 73, of Marshall, Minnesota, passed away on Thursday, January 12, 2017, at his home in Marshall, with family at his side. Memorial Services are 2:00 PM Monday, January 16, 2017, at the Hamilton Funeral Home in Marshall. Visitation will be held one hour prior to the service, from 1:00 – 2:00 PM also at the Hamilton Funeral Home. Clergy Officiating: Rev. Father Paul Wolf Special Music: How Great Thou Art – C. Underwood / Amazing Grace – L. Rimes / Old Rugged Cross – A. Jackson Ronald Theodore Driessen was born on February 20, 1943 in Marshall, Minnesota. He was the son of Ted and Julia (DeVos) Driessen. Ronnie was baptized, received First Communion, and was confirmed at St. Clotilde Catholic Church in Green Valley. He grew up on the family farm 6 miles outside of Marshall and attended country school, Holy Redeemer Catholic School, and Marshall Grade School before helping his folks on the farm. On April 18, 1964, Ronnie was married to Patricia Johnson at Holy Redeemer Catholic Church in Marshall. They shared over 52 years of marriage together and raised 2 children, Mark and Jill. The couple made their home and farmed the family land until 1976, when they moved to Marshall and various other places. Ronnie spent 15 years working at Western Community Action, 5 of those years with his daughter Jill, and then worked construction with his son, Mark. Ronnie enjoyed fishing, John Deere tractors, being around cars, going to races, time spent with his family – often enjoying a Pabst Blue Ribbon beer. Many may remember his phrase, “just sayin’…” He will be deeply missed. Ronald passed away on Thursday, January 12, 2017, in Marshall, Minnesota, at the age of 73 years, 10 months, and 23 days. Ronnie is survived by his wife, Pat Driessen of Marshall; son, Mark (and Lisa) Driessen of Marshall; 6 grandchildren, Nathan Thweatt of Sioux Falls, SD, Christopher Thweatt of Vancouver, WA, Tiffany (and Nathan) Fassler of Brookings, SD, Kayla Driessen (and Brian Pehrson) of Russell, Alyssa Driessen of Willmar, Savannah Driessen (and Tyler Illg) of Watertown, SD; great-granddaughter, Teagan Fassler; nephews, nieces, other relatives and friends. He was preceded in death by his parents, Ted and Julia Driessen; daughter, Jill Houseman; brothers, Lawrence and Kenny Driessen.

The family of Ronald Theodore Driessen created this Life Tributes page to make it easy to share your memories.

Send flowers to the Driessen family.