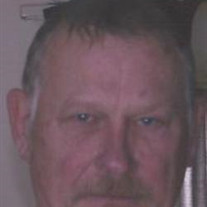 Balaton: Ronald D. Rustman, age 62, of Balaton formerly of Montevideo, passed away at his residence in Balaton on Friday, April 11, 2014. Funeral services will 11:00 A.M. Wednesday, April 16th at Zion Lutheran Church in Lake Crystal. Visitation will be 5:00 P.M. to 8:00 P.M. with a 7:00 P.M. prayer service Tuesday at the Hamilton Funeral Home in Marshall and will continue at the church on Wednesday, one hour prior to the service. Burial will be in the Lake Crystal Cemetery. Ronald Dale Rustman was born on March 24, 1952 in Russell to Matthew and Eunice (Scott) Rustman. He was baptized and confirmed in the Christian faith in Russell. He began working for Peterson Electric in 1971.  Ron met Gloria Torgerson in 1971, and they were united in marriage on February 17, 1973 at Zion Lutheran Church in Lake Crystal. They settled in Montevideo where they raised their family of four children. Ron purchased Peterson Electric in 1987. Ron and Gloria owned and operated the company until 1999. Ron then worked for Utili-Trax until 2004. Gloria passed away from breast cancer in January 2008. In the spring of 2008, Ron moved to Montana where he worked with the Amish. In May of 2012, he moved back to Minnesota where he settled in Balaton. He was reunited with Julie Roby, a childhood friend. Together, he and Julie went camping and gardened. They lived together until his passing. Ron loved doing things for and with his family, especially his grandkids. He also enjoyed visiting with his friends, cruising around in his golf cart with his dogs (Peanut and Grumpy), listening to music, hunting and fishing.  He is survived by his four children, Bruce (Amanda) of Montevideo, Brian of Princeton, Jesse (Emily) of Princeton, and Melissa (Aaron) Brink of Farmington; grandchildren, Cassidy, Connor, Seeley and Eunice Rustman, Lucas Brink, and Jacob and Sara Peterson; fiance, Julie Roby; siblings, James, Lester (Judy), Joyce (Larry) Harman, Martie Larson, Matthew, Sharon (Carl) Petersen, Arvin (Sue), Carol (Keith) Lundberg, Mary (Fran) Lawson and Cindy Morin; also many other relatives and friends.  He was preceded in death by: his parents; wife, Gloria; siblings, John, Thomas, Barbara Verstraete, Janice Olin, David (in infancy) and Mick. Blessed be the memory of Ron Rustman.

The family of Ronald Dale Rustman created this Life Tributes page to make it easy to share your memories.

Send flowers to the Rustman family.