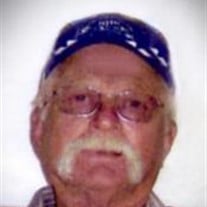 Marshall: Roy Westberg, age 71, of Marshall passed away at his residence on Sunday, January 6, 2013. Funeral service will be 2:00 P.M. Saturday, January 12, 2013 at Hamilton Funeral Home. Visitation will be 4:00-8:00 P.M. with a Prayer service at 7:00 P.M. on Friday at Hamilton Funeral Home. Roy Gary was born on September 13, 1941 in Willmar to Walter and Minnie (Clausen) Westberg. He was baptized and confirmed at First Covenant Church in Willmar. In 1958, Roy enlisted in the Navy and served in Japan. He was honorably discharged in 1962 and moved to Minneapolis. On July 4, 1964, Roy was united in marriage to Charlotte Archer in Minneapolis. After the couple’s marriage, they moved to Marshall. Roy worked at Jerry’s Body Shop, Murphy Freight and Floyd Wild Trucking for 31 years until retiring in 2008. He then worked at Doug Bradly Trucking part-time in 2012. Roy passed away at his residence on Sunday, January 6, 2013. He had reached the age of 71 years, 3 months and 24 days. Roy is survived by his wife, Charlotte, of Marshall; three children, Gary (and Wendy), of Marshall; Jerry, of Tracy and Shelly (and Chad) Rykhus, of Marshall; 13 grandchildren, Mike, Sarah, Kasey and Mathew Westberg, Curtis Rykhus, JD Westberg, Amanda Labat, Trisha, Cody and Austin Rykhus, Samantha and Ryann Westberg and Tattyana Rykhus;seven great grandchildren; four siblings, James (and Barbara) Westberg, of Letcher, SD, Paul (and Carol) Westberg, of Spicer, Jerry (and Betty) Westberg, of San Marcos, TX, and Donna (and Tom) Henning, of Nathrop, CO; and many nieces, nephews and other relatives. Roy was preceded in death by his parents; brother; sister; mother-in-law; father-in-law; nephew; daughter-in-law; brother-in-law; and sister-in-law. Roy’s enjoyments in life included fishing, camping, bean bags, hunting, darts, horse shoes, tinkering in his garage, hanging with his loving wife, family, grandkids and great-grandkids. Roy was a member of the Eagles Club of Marshall. Blessed be the memory of Roy Gary Westberg.

The family of Roy Gary Westberg created this Life Tributes page to make it easy to share your memories.

Marshall: Roy Westberg, age 71, of Marshall passed away at his...

Send flowers to the Westberg family.