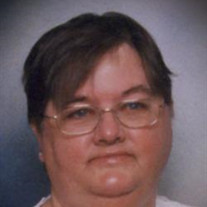 Marshall: Sandra K. Kramer, age 61, of Marshall, formerly of Tracy, passed away at Avera Heart Hospital in Sioux Falls on Saturday, April 5, 2014. Funeral services will be 1:00 P.m. Wednesday, April 9th at the Skandia Evangelical Free Church in rural Balaton. Visitation will be one hour prior to the service at the church. Burial will be in the Slayton Memorial Garden. Sandra Kay Kramer, age 61, of Marshall, Minnesota, passed away at Avera Heart Hospital of Sioux Falls, South Dakota on Saturday, April 5, 2014. Sandra was born on October 5, 1952 in Tyler to parents Gerald and Jean Runia. She married Vernon Kramer at Skandia Evangelical Free Church in 1974. Vernon preceded Sandra in death. Later, she married and was divorced from Dennis Lund. Sandra graduated from Lake Wilson High School in 1971 and then studied Tailoring and Dressmaking at Pipestone Area Vocational Technical School. Sandra had been employed by Minnesota Café, Fingerhut Manufacturing, and Best Western Motel. Sandra’s hobbies included drawing, needlework, sewing, gardening, crafts, but her greatest enjoyment was being with her family and babysitting her grandchildren. She was a member of Christ United Presbyterian Church in Marshall, Minnesota, but from early childhood through her early adult years, Sandra attended Skandia Evangelical Free Church. Sandra was preceded in death by a husband, Vernon Kramer of Curry, Minnesota and a brother, Roger Runia of Granite Falls, Minnesota. She is survived by her children: Jason Kramer of Marshall, John (Ruby) Kramer of Tracy, MN, Jenny Kramer of Marshall, and Jessica Lund of Montevideo, MN; and four grandchildren, Frankie, Milan, Manuel, and Kaiden. She is also survived by her parents, Gerald and Jean Runia of Tyler, MN; and her siblings, Keith Runia of Isle, MN, Dale Runia of Rockford, IL, Lois (Rolly) Bedow of Tyler, MN, Nancy (Tim) Ward of Ottumwa, IA, Greg Runia of Montevideo, MN, and Norman (LauraLee) of Rogers, MN. Memorial gifts may be given to the children of Sandra Kay Kramer or to the Skandia Evangelical Free Church. Blessed be the memory of Sandra Kay Kramer.

The family of Sandra Kay Kramer created this Life Tributes page to make it easy to share your memories.

Send flowers to the Kramer family.