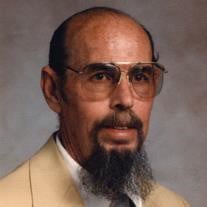 Sean O’Donnell, age 79, of Clarkfield, Minnesota, died on Friday, January 18, 2019, at Avera McKennan Hospital in Sioux Falls, South Dakota. Memorial Gathering of Family and Friends will be held from Noon - 1:00 p.m. Monday, January 21, 2019, at the Hamilton Funeral Home in Marshall. Interment was in the Marshall Cemetery. Sean Edward O’Donnell was born on March 9, 1939, in Chicago, Illinois, to Frank and Eleanor (Hills) O’Donnell. His family moved around a lot with his father being active in the Untied States Navy. He was baptized, received first communion, and was confirmed in the Catholic faith. Growing up, Sean spent time in California, Bermuda, and Alaska while working his way through high school and starting some college courses. He was married to Maxine Campbell on August 3, 1980, in Reno, Nevada. They couple made their home in California, Arizona, and Oregon before settling in Minnesota. They lived in Milroy and now resided in Clarkfield. Maxine and Sean shared over 38 years of marriage together. As he moved around the country, Sean worked for many years as an electrical engineer for phone companies and fiber optic cable inspector. In his down time, he was content to relax at home with his wife, keep up on the home and yard, and get lost in a good TV program. Sean is survived by his wife, Maxine O’Donnell of Clarkfield; some children from earlier marriages; 3 step-children, Ramona of California, Sharon of Alaska, and Maxine “Butch” of Missouri; 9 step-grandchildren; brother, Robert (Rosie) O’Donnell of Portland, Oregon; nieces, nephews, other relatives, and friends. Sean was preceded in death by his parents and a brother, Daniel O’Donnell.

The family of Sean Edward O'Donnell created this Life Tributes page to make it easy to share your memories.

Send flowers to the O'Donnell family.