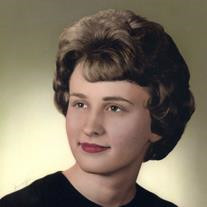 Sharon Biastock, age 75, of Marshall and formerly of Belview, Minnesota, died with family by her side on Tuesday, October 22, 2019, at Hospice of Murray County in Slayton, Minnesota. Visitation will be held from 4:00 – 6:30 p.m. Friday, October 25, 2019, at the Hamilton Funeral Home in Marshall. Private Family Memorial Services will be held separately. Sharon Ann Blomeke was born on October 24, 1943, to Armin and Ella (Kopischke) Blomeke in Morgan, Minnesota. She was baptized as an infant at Zion Lutheran Church in Morgan, Minnesota and confirmed at St. John’s Lutheran Church in Vesta, Minnesota. Sharon attended school in Belview, graduating with the class of 1961. After graduating, she held several administrative jobs. On June 15, 1963, Sharon was united in marriage to Robert Biastock at St. John’s Lutheran Church in Vesta. The couple adopted two children, David Lee (1966) and Mary Lee (1970). The couple then divorced in 1977 with Sharon returning to Belview to raise her kids. She began working for the Department of Agriculture (USDA) in Redwood Falls, Minnesota, in 1982. 8 years later, she moved to Washington D.C. and spent 15 years working as a Program Administrator for the USDA. After retiring in 2005, Sharon returned to Belview and then moved to Marshall to be closer to her children and grandchildren. Sharon regularly volunteered at the Vietnam Veteran’s Memorial in Washington D.C. and considered herself an advocate for all veterans. Her enjoyments in life included reading, knitting, calligraphy, and spending time on the computer playing games and following politics. Sharon Biastock died on October 22, 2019, just days before her 76th birthday. Blessed be her memory. She is survived by her children, David (and Lori) Biastock of Marshall, Mary (and Josh) Haun of Cedar Rapids, IA; 4 granddaughters, Anna Biastock of Marshall, Abigail (and Logan) George of Granite Falls, Amanda Biastock of Mankato, Ella Mortenson of Cedar Rapids, IA; brother, Gordon (and Marsha) Blomeke of Belview; sister-in-law, Janice Blomeke of Belview; nephew, Jon (and Ray) Blomeke of Rice lake, WI; niece, Lisa Unruh of Lakeville; other relative and friends. Preceding her in death were her parents, Armin and Ella Blomeke; infant twin daughters (1964); and brother, Dennis Blomeke.

Sharon Biastock, age 75, of Marshall and formerly of Belview, Minnesota, died with family by her side on Tuesday, October 22, 2019, at Hospice of Murray County in Slayton, Minnesota. Visitation will be held from 4:00 &#8211; 6:30 p.m. Friday,... View Obituary & Service Information

The family of Sharon Ann Biastock created this Life Tributes page to make it easy to share your memories.

Sharon Biastock, age 75, of Marshall and formerly of Belview,...

Send flowers to the Biastock family.