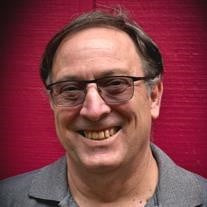 Sheldon Warren Adams, age 55, of Marshall, Minnesota, passed away peacefully with family at his side on Thursday, October 12, 2017, at his home in Marshall. Memorial Services are 11:00 a.m. Friday, October 20, 2017, at the Marshall Evangelical... View Obituary & Service Information

The family of Sheldon Warren Adams created this Life Tributes page to make it easy to share your memories.

Send flowers to the Adams family.