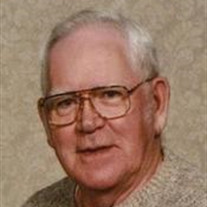 Balaton: Stanley F. Ross, age 74, of Balaton, passed away at Hennepin County Medical Center on Friday, June 8, 2012. Funeral services will be held 10:30 A.M. Wednesday, June 13th at Balaton United Methodist Church. Visitation will be Tuesday from 4:00 P.M. to 8:00 P.M. with a 7:30 P.M. prayer service at the church. Visitation will continue at the church on Wednesday, one hour prior to the service. Burial will be in Marshall Cemetery. Hamilton Funeral Home is assisting the family with arrangements. Condolences may be given at www.hamiltonfh.com.   Stanley Franklin was born on May 1, 1938 in Lucas Township, Lyon County, Minnesota to Stanfield and Myrtle (Haskins) Ross. He was baptized and confirmed at the Presbyterian Church in Marshall. He attended Lynd High School and then entered the United States Navy in 1955. During his tour of duty, Stan received his GED.   On June 7, 1959, Stan was united in marriage to Verlane Willard at Amiret United Methodist Church. They moved to the New Hope-Crystal area where he worked for Westling Manufacturing. Stan and his family moved to Ivanhoe in 1970 where he farmed in Royal Township and drove truck. They moved to Balaton in December 1988 and he trucked for Swift, Heartland and Jennie-O. Stan retired at the age of 62.   Stan passed away with his loving family at his side on Friday, June 8, 2012 at Hennepin County Medical Center. He had reached the age of 74 years, 1 month and 7 days.   He is survived by his wife, Verlane of Balaton; five children, Beth (and Jim) Pavel of Tripp, SD, Grant (and Kari) Ross of Lino Lakes, Karen (and Paul) Thooft of Marshall, Eric (and Sara) Ross of Coon Rapids and John (and Amy) Ross of Russell; 17 grandchildren, Rebecca, Anne, David, Matthew, Samuel, Daniel, Aaron, Andrew, Hanna, Isaac, Megan, Jordan, Alyssa, Luke, Sydney, Liam and Sophia; four great grandchildren, N. Alex, Phillip, Peter and Andruw; a sister, Shirley (and The Right Reverend John) MacNaughton of San Antonio, TX; also many nieces, nephews and other relatives.   He was preceded in death by his parents; 9 sisters, Blanche Stassen, Gladys Galbraith, Helen Lennard, Alice Terrano, Doris VanOverbeke, Ethel Hendren, Mable Bromberg, Laura Lightle and Mildred in infancy; and a half brother and half sister, Cecil and Ethel.   The love of Stan’s life was doing things with and for his family. His other enjoyments were music, restoring cars and handyman projects.   Stan was a faithful member of Balaton United Methodist where he chaired the finance committee, enjoyed Jesus And Me (JAM) and assisted where he was needed. He was also a leader with the Community Youth.   Blessed be the Memory of Stanley F. Ross

The family of Stanley Franklin Ross created this Life Tributes page to make it easy to share your memories.

Send flowers to the Ross family.