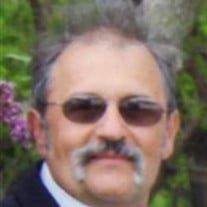 Milroy: Steven Petersen, age 62 , of rural Milroy, passed away at the Avera Marshall Regional Medical Center on Tuesday, January 8, 2013. Celebration of Steve’s life will be 10:00 A.M. Saturday, January 12th at Our Saviors Lutheran Church in Milroy. Visitation will be one hour prior to the service. Burial will be in the Redwood City Cemetery. Steven Craig was born August 15, 1950 in Marshall, Minnesota to Warren and Dona (Welter) Petersen. He was baptized and confirmed at Our Savior’s Lutheran Church in Milroy. He graduated from Milroy High School in 1968 and attended Southwest State University, graduating in 1972. Upon graduation, he became a partner in the family farming operation near Milroy, Minnesota. On July 6, 1974, Steve was united in marriage to Cindy Bruns in Milroy. They lived on a farm near Milroy their entire married life, where they farmed and raised their two children, Leslie and Nathan. Steve enjoyed spending time with his family and friends in the outdoors. He was an avid hunter and fisherman and had many fond memories of hunts for deer, antelope, turkey, ducks, geese and pheasants. Steve also enjoyed the shooting sports, especially clay target shooting. He travelled around the Midwest with his family and friends, setting up sporting clay tournaments. He also hosted competitions and fun shoots at the family’s range outside of Milroy. Steve enjoyed life to the fullest and passed away at Avera Marshall Regional Medical Center on Tuesday, January 8, 2013 at the age of 62 years, 4 months and 24 days. Steve is survived by his wife, Cindy and his two children, Leslie (and John) Murphy of Pierre, South Dakota and Nathan of Milroy. He was preceded in death by his parents, Warren and Dona and his brother Dennis. Blessed Be The Memory of Steven Craig Petersen

The family of Steven Craig Petersen created this Life Tributes page to make it easy to share your memories.