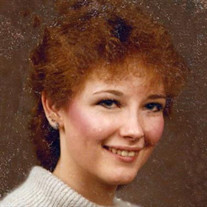 Tammy Kotval Rozell, age 56, of Marshall, Minnesota, died on Tuesday, May 10, 2022, at the Avera McKennan Hospital in Sioux Falls, South Dakota. A private graveside service will be held at a later date. Interment will be in the Marshall Cemetery, Marshall, Minnesota. In lieu of flowers, memorials are preferred to Prairie Home Hospice, Marshall Animal Rescue, or the Marshall Kitchen Table Food Shelf. Tammy Mae Kotval was born on April 16, 1966, in Vesta, Minnesota, to parents Kenneth and Bonnie (Verhaake) Kotval. She was raised on the family farm near Vesta and attended Marshall area schools, graduating with the class of 1984. Shortly after graduation, Tammy moved to cities for a number of years. While living there, Tammy worked at a local pet store and for Rosemount Inc. Instruments. In 2007, Tammy moved back to the Marshall area and was a past member of Assemblies of God Church. While growing up on the farm, Tammy grew to love and appreciate all animals, specifically the horse that would follow her around the yard. She had a love for cars and was a member of the Shades of the Past Car Club. Every June, Tammy would show her 1966 Ford Galaxie 500 XL, which was her pride and joy. She will be remembered most by her love of Fedora hats and her purple hair. Tammy Mae Kotval Rozell died on May 10, 2022, at the Avera McKennan Hospital in Sioux Falls, South Dakota. She had reached the age of 56 years and 24 days. Blessed be her memory. Tammy is survived by her sister, Marlys (and Curt) Carpenter of Marshall; nephew, Christopher Carpenter of Marshall; aunt, Joyce Paulson of Marshall; uncle, Mike Paulson of Tracy; cousin, LaVae Anderson of Sioux Falls, SD; stepmother, JoAnn Kotval of Redwood Falls; stepbrother, Don Dagner of Redwood Falls; stepsisters-in-law, Sheila Dagner of Dassel, Elena Dagner of Hayworth, IL; other relatives, and many friends. Tammy was preceded in death by her parents, Kenneth and Bonnie (Verhaake) Kotval; brother, Bruce Kotval; stepsiblings, Stacy Dagner, Bill Dagner, and Bruce Dagner.

Tammy Kotval Rozell, age 56, of Marshall, Minnesota, died on Tuesday, May 10, 2022, at the Avera McKennan Hospital in Sioux Falls, South Dakota. A private graveside service will be held at a later date. Interment will be in the Marshall Cemetery,... View Obituary & Service Information

The family of Tammy Kotval Rozell created this Life Tributes page to make it easy to share your memories.

Send flowers to the Rozell family.