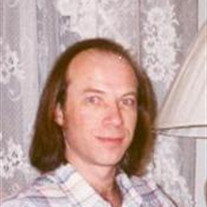 Marshall: Timothy John Hearnen, age 56, passed away on Tuesday, January 10, 2012 at the Prairie Home Hospice House in Marshall. Mass of Christian Burial will be 10:30 A.M. Saturday, January 14th at the Holy Redeemer Catholic Church. Burial will be in the Calvary Catholic Cemetery. Visitation will be 4:00 P.M to 8:00 P.M. with a 7:00 P.M. prayer service Friday at Hamilton Funeral Home. Visitation will continue at the church on Saturday, one hour prior to the Mass. Timothy was born to Aaron and Elaine (Halvorson) Hearnen on February 27, 1955 in Canby. He was baptized at St. Peter’s Church in Canby and received first communion and confirmation at Holy Redeemer Catholic Church in Marshall. In 1973, Timothy graduated from Marshall High School. He went on to attend college at St. John’s in Collegeville and then transferred to St. Thomas in St. Paul. Timothy passed away at the Prairie Home Hospice House in Marshall Tuesday, January 10, 2012. He had reached the age of 56 years, 10 months and 14 days. Timothy is survived by seven brothers and sisters, Susan (and Wayne) Lindberg, of Deerwood, Mary B. Carey, of Phoenix, AZ, Katherine Knutson, of Turtle Lake, WI, Karen Hearnen, of Burnsville, Joan (and Steve) McCombs, of Eagan, Laurie Koenig, of Rice Lake, WI and Robert Hearnen, of Marshall; and many nieces and nephews. He was preceded in death by his parents; sister, Ann Hearnen; brothers, Michael and Steven; and brother-in-law, Greg Carey. Blessed be the memory of Timothy Hearnen.

The family of Timothy Hearnen created this Life Tributes page to make it easy to share your memories.

Send flowers to the Hearnen family.