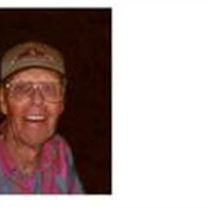 Marshall; Victor A. Kesteloot, age 92, of Marshall passed away peacefully, surrounded by his family on Saturday, February 4, 2012 at the Morningside Heights Care Center in Marshall. Mass of Christian Burial will be held on Tuesday, February 7th at 10:30 am at Holy Redeemer Catholic Church in Marshall. Burial will take place at the Calvary Cemetery. Visitation will be held on Monday, February 6th from 3:30 pm to 8:00 pm at the Hamilton Funeral Home and on Tuesday one hour prior to the service at the church. The rosary will be said at 4:00 pm Monday and prayer service at 7:00 pm at the funeral home. Vic Kesteloot, the son of Omer and Theresa (Boerboom) Kesteloot was born on November 5, 1919 in Ghent, MN. He was baptized and confirmed at St. Eloi Catholic Church in Ghent. He attended the St. Eloi School. Vic was united in marriage to Carol Zwach in St. Michael’s Catholic Church in Milroy on September 11, 1945. Vic farmed his entire life in the Ghent and Marshall area. He was a strong supporter of NFO in the 1960's. He loved fishing, rolle bolle and going hunting with family and friends and always looked forward to the annual men’s weekend with his sons, son-in-laws and grandsons. His enjoyments also included meeting friends for coffee over the years at Allex’s Store, Mike’s café and the Silver Dollar Bar. Vic is survived by his wife; Carol of Marshall, daughters, Jeaneen Stelter-Nelson (Daryl) of Slayton, Linda (Bob) Louwagie of Wallingford, IA, sons, Rich (Pam) Kesteloot, Dale (Darcay) Kesteloot and Tom (Jodi) Kesteloot all of Marshall, two sisters, Cecelia Meinzer of Canby, (died on the same date, February 4th at a later time) and Bernadette Brandt of Marshall, brother, Greg (Judy) Kesteloot of Marshall, 15 grandchildren, 27 great-grandchildren and other relatives. He was preceded in death by his parents, brothers, Harry, John and Joe, sister, Marie Caron, son-in-law, Butch Stelter, grandchildren, Karen and Steve Stelter and great grandsons, Landon and Lane Louwagie. He will be missed by many family and friends. Hamilton Funeral Home 507-532-2933

Marshall; Victor A. Kesteloot, age 92, of Marshall passed away peacefully, surrounded by his family on Saturday, February 4, 2012 at the Morningside Heights Care Center in Marshall. Mass of Christian Burial will be held on Tuesday, February... View Obituary & Service Information

The family of Victor Kesteloot created this Life Tributes page to make it easy to share your memories.

Marshall; Victor A. Kesteloot, age 92, of Marshall passed away...

Send flowers to the Kesteloot family.