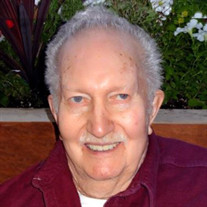 Wayne Kor, age 82, of Marshall, Minnesota, died on Friday, August 7, 2020, at Heritage Pointe Senior Living in Marshall. A Private Funeral Service will be held on Wednesday, August 12, 2020, at the Hamilton Funeral Home in Marshall. A live stream of the event will be available online at 11:00 a.m. Interment will follow in the Lynd City Cemetery. Walk-Through Visitation, open to the public, will be held from 10:00 – 11:00 a.m. Wednesday, August 12, 2020, at the Hamilton Funeral Home in Marshall. Occupancy limits and social distancing must be observed throughout all services. Masks are currently required at all indoor gatherings. Wayne Aiko Kor was born on October 4, 1937, in White, South Dakota, to parents Jans and Katie (Bodde) Kor. He was baptized and confirmed in the Presbyterian Church and grew up on the family farm outside of Lynd. Wayne attended country school in Russell and Lynd before finding work at Swift’s in Marshall. He was proud to serve in the United States Army for a few years in Germany post Korean Conflict. Later in life, Wayne was blessed to meet his life-long partner, Judi Meaden. Wayne worked at the Marshall Municipal Liquor Store and later drove truck for McLaughlin & Schultz. He also tended bar at the American Legion. He was a life-long member of the Marshall American Legion. His enjoyments in life were spending time with Judi, his family & friends, fishing, hunting, trying his luck at pull tabs, and sharing a beverage while telling one of his million stories. “Well Y’a See…” he loved to visit with people and always had a smile on his face and a laugh that was contagious. Wayne Kor passed away peacefully with family at his side on Friday, August 7, 2020, in Marshall, Minnesota, at the age of 82 years, 10 months, and 2 days. Blessed be his memory. He is survived by his children, Jan (and Greg) Vassar of Burnsville, Tim (and Beth) Kor of Apple Valley; Judi’s children, Dawn (and Chad) Howard of Sioux Falls, SD, Shawn (and Jason) Dobrenski of Ghent; 8 grandchildren, Josh (and Lisa) Kor of Farmington, Justin Kor of Eagle River, WI, Chad Dague of Burnsville, Courtney Vassar of Burnsville, Crystal (and Alex) Denker of Faribault, Anthony Howard of Sioux Falls, Tyler Denison of Minneota, Curtis Dobrenski of Ghent; 5 great-grandchildren, Roman Kor, Jett Kor, Brantley Kor, Mac Dyer, Salem Denker; siblings, Francis Gillund of Marshall, Don Kor of Marshall, Howard (and Donna) Kor of Slayton; nieces and nephews, other relatives, and many friends. Wayne is preceded in death by his parents, Jans and Katie Kor; love of his life, Judi Meaden (in May of this year); brother-in-law, Ed Gillund; and sister-in-law, Mary Ann Kor.

Wayne Kor, age 82, of Marshall, Minnesota, died on Friday, August 7, 2020, at Heritage Pointe Senior Living in Marshall. A Private Funeral Service will be held on Wednesday, August 12, 2020, at the Hamilton Funeral Home in Marshall. A live... View Obituary & Service Information

The family of Wayne Aiko Kor created this Life Tributes page to make it easy to share your memories.