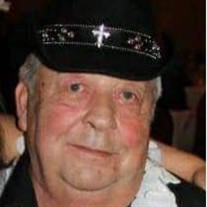 William “Bill” Linscott, age 75, of Balaton, Minnesota, died on Thursday, November 21, 2019, at his home in Balaton, Minnesota. Memorial Gathering of Family and Friends will be from 1:00 – 3:00 p.m. Saturday, January 25, 2020, at the American Legion Hall in Tracy, Minnesota. Private Interment will be at a later date in the Trinity Lutheran Cemetery in Chandler, Minnesota. William Ward Linscott was born on June 22, 1944, to Calvary and Vivian “Elaine” (Brenden) Linscott, in Sioux City, Iowa. He was baptized and confirmed in the Lutheran faith in Sloan, Iowa. Bill attended school there and then graduated from Sloan High School with the class of 1962. He went on to serve his country as a United States Marine. Upon his honorable discharge, Bill returned home and began driving truck. Bill was married to Kay Keith and the couple had 2 children, Virginia and Jeffery. Then on December 9, 1975, Bill was united in marriage to Denna Stevens in Elmore, Minnesota. During this union he adopted his step daughter Stephine. Bill worked as a boiler operator and was a law enforcement deputy before moving to Marshall where he worked as a heavy equipment mechanic for MNDOT. Bill and Denna separated some years later and he then was close to Elizabeth Summers over the last year and a half, prior to her passing away this year. Bill was a member of the Tracy American Legion and his enjoyments in life included woodworking, guns, bowling, car restoration, playing cards with friends, spending time at the lake, and caring for his dogs. William Linscott died on November 21, 2019, in Balaton, Minnesota. He reached the age of 75 years, 4 months, and 30 days. Blessed be his memory. He is survived by his children, Virginia Linscott of Midwest City, OK, Jeffery Linscott, Stephine (Chad) Wille of Marshall; mother, Elaine Linscott of Rogers, AR; grandchildren, Samantha Madden (Josh Esping), Alexander Madden, Lena Shoup, Christopher Shoup, Frederick Shoup, Kayla Shoup; 2 great-grandchildren, Karli and Ainsley; sister, Jeri (Jerry) Lombard of Rogers, AR; nieces, nephews, other relatives, former wife Denna Linscott and many friends. Bill was preceded in death by his father, Calvary Linscott, and special friend, Elizabeth Summer.

The family of William Ward Linscott created this Life Tributes page to make it easy to share your memories.

Send flowers to the Linscott family.